Prince George has an excellent sport hosting track record. We help you source the best hotels, venues, and business partners.

PORTAL TO THE NORTH

Look at any map and you’ll see us. The largest city in the upper 4/5th’s of our massive province, Prince George is a thriving modern urban centre surrounded by iconic wilderness and world class sporting facilities.

$20 million in upgrades for the 2015 Canada Winter Games and improvements for the 2022 BC Summer Games means that all of our venues meet or surpass national standards.

Most urban centres try to reconstruct nature in their cities. Well, we’ve built a city that flourishes in nature and is a centre for business, a basecamp for adventure and a portal to the north.

CANADIAN TO THE CORE

With the biggest volunteer rate in BC, nowhere else will you find more warmth in the cool north than in Prince George.

250 of the top biathletes in the country came to Prince George to compete on the outstanding trails located at Caledonia Nordic.

The 2019 World Para Nordic Skiing Championships brought over 250 elite international athletes and officials to Prince George, as well as hundreds of spectators.

In the summer of 2016, Prince George hosted the Canadian National Fastball Championships. This was a highly impactful event with 77 teams from all over Canada. The total economic impact was over $4 million.

With seating for 6,000, the CN Centre is Prince George’s largest arena and hosts hockey and other sports. It also is the primary local venue for large concerts and shows. Top quality ice that is expandable to international sizes for curling, speed skating, hockey and other sport and training purposes.

The Otway Nordic Centre provides 55 km of trails with 10 km of FIS homologated competition trails, 5 km of lighted trails, 30 km of snowshoe trails and a lighted 30-lane shooting range. A day lodge provides amenities and capacity for a large spectator area on site.

Featuring a 50-metre pool, wave pool, a variety of dive boards and 10-metre dive tower this 300 spectator venue is perfect for a variety of aquatic sports.

Located north of downtown Prince George, the Elkscentre is a busy arena that hosts numerous hockey clubs, figure skating, lacrosse and roller hockey throughout the year.

A versatile complex facility, the Kin Centre features three distinct arenas that host both on and off ice activities. This 50,000 square foot complex is ideal for hosting tournaments and is located in the heart of Exhibition Park.

The Kopar Memorial Arena, affectionately known locally as "The Castle", is the host arena for the Prince George Spruce Kings, the City's Junior “A” hockey club. This landmark arena, in the heart of downtown, seats 1,800 and accommodates activities including lacrosse, roller hockey, ringette, and speed skating.

This 95 acre facility is located at the base of Cranbrook Hill, beside the CN Centre and the Aquatic Centre. The facility includes rodeo grounds, a race track, stabling facilities, an outdoor riding area and the Agriplex - an indoor riding arena.

Centrally located, Masich Place Stadium is minutes away from accommodation, food services and the downtown core. The facility was built in 1990 with a 1700 seat stadium and has recently undergone renovations on the track, turf and scoreboard to meet national competition standards.

A premier facility since 2006, the Nechako Park Field has all of the amenities on site to host a successful event and features two national slo-pitch standard lighted diamonds that can be transformed to host other ball sports.

The Prince George Soccer Association includes five regulation-size pitches with one lighted field and a licensed clubhouse. The clubhouse features a a viewing patio, licensed lounge, and meeting space along with concession, storage and officials' change rooms.

Citizen Field is a national standard baseball facility with amenities to host a world class event. The facility has some very unique features including the “Green Monster”, a 17 foot wall in left field and offers plenty of seating from a covered grandstand and in-ground dugouts. There are 2 adjacent fields and an additional 9 fields nearby.

The Rotary Soccer Field has eight fields, with 5 being lighted. Additional amenities include a clubhouse, change rooms and a concession.

Spruce City Stadium is located in Carrie Grey Jane Park and is home of the Prince George Men's Fastball League. This field has played host to provincial and national championship tournaments such as the 2006 Men's Fastball Nationals and the 2016 Canadian Native Fastball Championships.

The space features a multi-purpose field house that can accommodate two soccer pitches on a Polytan turf system, 280 metre track and a 22,000 square foot gymnasium that accommodate 2,000 spectators. The courts are also designed to accommodate volleyball, badminton and gymnastics equipment.

The Prince George campus of the College of New Caledonia (CNC) offers a versatile gym space that has been used for badminton, gymnastic, volleyball, basketball, and many other competitions. Change rooms and meeting room space is available as well as onsite food services and dorm-style accommodation.

A unique training facility, due to its size and layout, this 16,000 square foot space is fully equipped with all of the required apparatus. In the past, the Gymnastics Club has hosted provincial and national events.

Pidherny is a 620-hectare area located 12km from downtown. In total, there are 25 mountain bike trails, of which 12 are cross country/all-mountain, and 13 are freeride/downhill specific. The trail network is managed by the Prince George Cycling Club (PGCC) through an agreement with Recreation Sites and Trails BC.

A 90 acre property, located 15 minutes east of Prince George, this facility includes a full FITA field area intermingled with multiple 3D archery trails throughout the property. The club also has an indoor facility with 10 shooting lanes, include 40 cm, 60 cm and 80 cm targets.

The Prince George Outdoor Ice Oval is a 400-metre speed skating track with natural ice. The facility is also adjacent to other multi-sport arena facilities providing ample parking and amenities. Its unique design features a natural earth berm, which protects the oval from winter elements.

Purden Ski Village is central British Columbia's largest ski mountain. Purden has 25 named runs, the longest of which has over two miles of varied and challenging terrain and over 1100 vertical feet of skiing on dry powder snow, treed runs and uncrowded slopes.

Over 2,700 athletes competing in 18 sports were in Prince George for the 2022 BC Summer Games. The games brought with it an estimated total economic impact of $2 million (study from Nanaimo 2014 BC Summer Games). Prince George has hosted the BC Games twice before, in 1990 and 1981.

The tournament drew in over 1,200 athletes and spectators from across Western Canada. 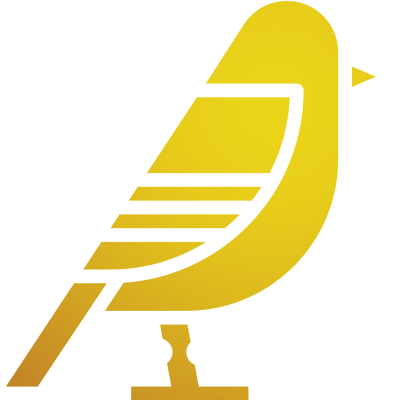 Take the guesswork out of exploring Prince George during conferences, meetings and sporting events.

Let’s take your game to the next level.